You are here: Home / Archives for motivation 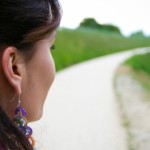 It's difficult enough to be issued the Pink Slip, but how you deal with the sudden unemployment in the weeks and months that follow is what matters most to your future success. You can either crawl into a hole and feel sorry for yourself. Or, you can pull yourself up by the bootstraps -- putting one foot in front of the other -- and start the next chapter of your career.   In order to the do the latter, however, you may need to do some soul-searching first.   Even though the circumstances … END_OF_DOCUMENT_TOKEN_TO_BE_REPLACED

Even the most talented, educated and experienced job seekers have a difficult time finding a job in today’s economy. Most people hope the transition between jobs or finding a job after college graduation lasts only a few weeks, the reality is that many job seekers spend months, or even a year, trying to secure work. This delay can wreak havoc on a job seeker’s confidence, motivation and sense of pride—all of which are characteristics that need to stay in tact in order to build … END_OF_DOCUMENT_TOKEN_TO_BE_REPLACED

I'm not going to sit here and pretend I'm a music reviewer. I simply like and appreciate quality music that's soulful, timeless, inspirational and that I can vibe to. Texas-born neo-soul, singer-songwriter Dionne delivers just that in her upcoming CD, Unrealistic, which debuts this summer. See Dionne Perform Dionne is a classically-trained graduate of the Arts Magnet School in Dallas, an institution known best for cultivating such musical acts as Erykah Badu, Norah Jones and Kirk Whalum. … END_OF_DOCUMENT_TOKEN_TO_BE_REPLACED 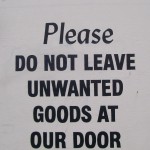 Several years ago, I moved from my small hometown in Georgia where I grew up to Los Angeles after high school graduation with the hopes of pursuing an acting career. But after attending acting classes for one academic year, I decided to try college once again and then enrolled into a two-year institution in Culver City, Calif. It was a tough road. I was completely on my own, without the financial help of my parents, making ends meet by working at a popular L.A. shopping mall. Despite that, … END_OF_DOCUMENT_TOKEN_TO_BE_REPLACED 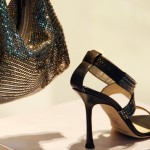 Have you ever heard the expression “Keeping up with the Joneses”? The phrase is often used to describe a person who tries to emulate another individual’s standard of living through the attainment of material things: designer wear, a bigger house, a foreign-made car, you name it. Buying such things aren’t inherently bad. But stretching your dollars beyond your means in the name of trying to keep up appearances is flat-out wrong and is a sign of insecurity. What does this have to do with … END_OF_DOCUMENT_TOKEN_TO_BE_REPLACED 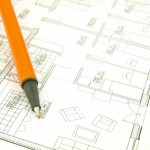 An elderly carpenter was ready to retire. He told his employer-contractor of his plans to leave the house building business and live a more leisurely life with his wife enjoying his extended family. He would miss the paycheck, but he needed to retire. They could get by. The contractor was sorry to see his good worker go and asked if he could build just one more house as a personal favor. The carpenter said ‘yes’, but in time it was easy to see that his heart was not in his work. He … END_OF_DOCUMENT_TOKEN_TO_BE_REPLACED

Today's post was inspired by football wide receiver Terrell Owens, aka T.O., and his new reality-based television show called The T.O. Show. Honestly, I was a bit . . . no, very reluctant to watch the show, which airs on VH1 Mondays. I'm not very familiar with his professional football career. But in the few times that I have seen him in the media, I felt he was generally portrayed as some bad guy slash conceited, hot head on and off the field. Because of that, I've never really had a … END_OF_DOCUMENT_TOKEN_TO_BE_REPLACED

I received in my inbox today a VERY ENCOURAGING message from someone I knew growing up. She doesn’t know that I’m using her as the inspiration for today’s post so in an effort to keep her identity anonymous, I will call her Lisa. Lisa has been following the blog since its inception. Which by the way hasn’t even been a week! So it’s nice to already have some loyal supporters. Thanks Lisa! In summary, she shared with me how she felt she made some less than positive choices growing up, … END_OF_DOCUMENT_TOKEN_TO_BE_REPLACED