If you want to feel good about yourself — and I would argue, move ahead in your career — then change your behavior and start acting differently.

That’s the premise of a new study out of Wake Forest University, which found the idea of “being true to yourself” often means you must act against your normal personality traits.

Too many professionals and working-class individuals are bound up by what they feel is “appropriate” behavior, or they feel too shy to open up and be themselves.   But Wake Forest University psychologist William Fleeson and co-author Joshua Wilt, found that a more outgoing personality is actually more associated with authenticity.

“Being flexible with who you are is OK,” Fleeson said in a statement. “It is not denying or disrespecting who you are. People are often too rigid about themselves and stick with the comfortable and familiar.”

Do you lack pep?

But most of you out there reading this are probably saying to yourselves:   If I’m normally introverted, and I all of sudden am this talkable person, wouldn’t I come across to others as “being fake”?

Good point. Well, I would highly suggest that you keep your personality. However, it’s important to be engaging, positive, and to have some pep in your step.

For example, I grew up a very, very shy girl. Deeply insecure. I was more of an introvert, of course. As I got older, I knew that I had to figure out how I was going to make this work in my favor, especially when I decided to become a journalist.

Here’s what I did…

Number One: I stopped believing all the lies that floated in my head, and I started to gain a little more confidence and respect for myself.

I knew that my lack of security was forever going to be a hindrance if I didn’t kick it to the curb. I also realized that insecurity seeps through your pores like a bad odor. As I’m sure you know, no one wants to be around someone with horrible B.O. It’s the same with insecure people.

Quite frankly, being around individuals who are uncertain of themselves can be downright sad and depressing. And I didn’t want to be the girl others felt sorry for. Thankfully, we all have the power to change.

Number Two: I learned to listen really well and asked lots of questions, so that I wouldn’t have to talk about myself. (I found that most people REALLY enjoy talking about themselves, so that made it easy.)

Oddly enough, asking questions, rather than talking about yourself, is actually a great way to engage people. And it sends the message that you’re interested in their lives. People love that!

So, if you’re normally an introvert. Try a more outgoing disposition.   Chat up strangers. Pay someone a random compliment. Ask questions.

“Authenticity is consistently associated with acting highly extroverted, even for those who characterize themselves as introverts,” Fleeson said. “Despite the cultural assumption that consistency with one’s traits would predict authenticity, it did not.”

So the next time you feel a little stumped in your career or start to feel insecure in a social situation, then try turning up a different personality trait — one that you normally wouldn’t associate yourself with but that puts you in a more positive light.

To put it simply: Get out of your head and get into life!

I told you a couple of weeks ago that I was selected as a finalist for the Power 30 Under 30 Awards. Check out the other honorees by clicking here.

I am honored to say that I was announced a winner last night at the exclusive Club Corp location. It was a beautiful evening, and I  had a terrific time meeting new people and talking to young professionals who are as passionate as I am about what they do and serving in their communities. 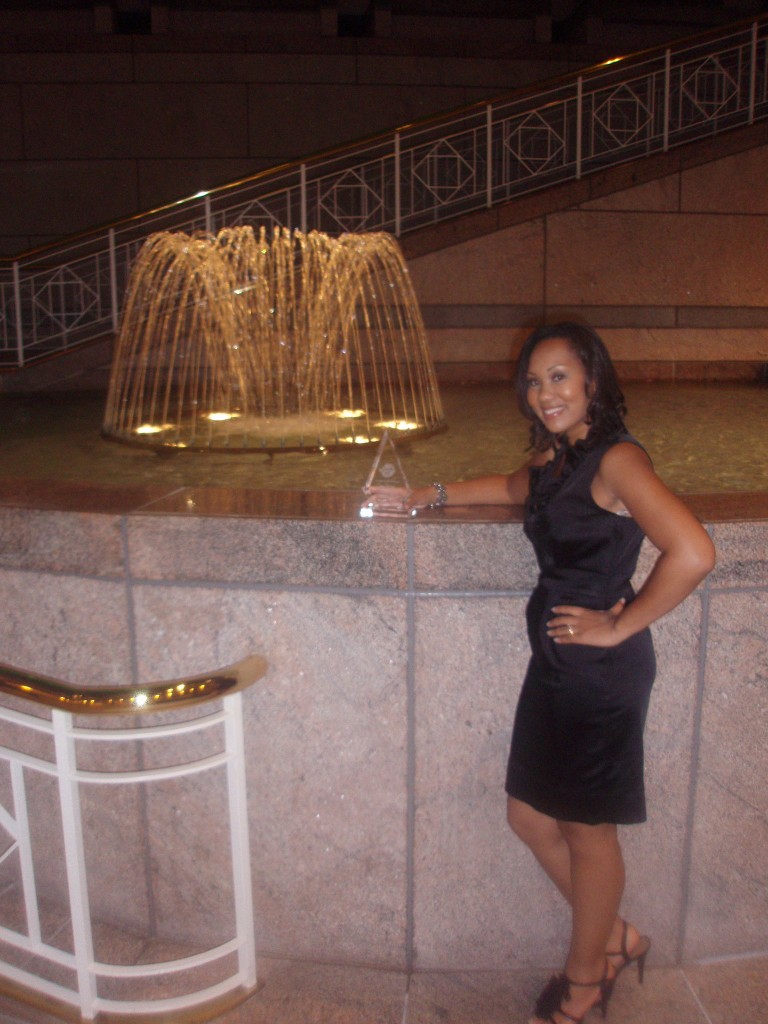 Emily Brown is the key contributor and creator of TheCareerPioneer.com, a blog that delivers articles and posts about job industry trends; plus motivational, retrospective stories about career exploration and discovering one’s passion. She is a journalist and serves on the board of the Alliance for Women in Media, National Capital Area Chapter.

Her work has appeared in Bloomberg News, The Wall Street Journal, The New York Times, The Los Angeles Times, and others. Emily lives and works in Washington, DC. She can be reached at info@thecareerpioneer.com. Feel free to drop her a line to say “hello,” seek advice, suggest an opportunity or story idea, or provide news of your own.