Facebook0
Twitter0
Google+0
LinkedIn0
Pinterest0
Get creative with social networking to land your dream job — or at least a gig that pays the bills. Social networking sites and new digital tools are making it easier and easier for the average person to get noticed in such a crowded job market.  Read on to learn more . . . 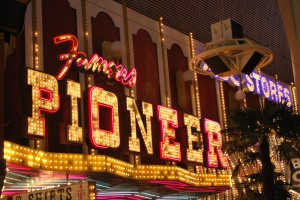 Sites such as Linked In, Facebook, Twitter, along with a relatively new site called SlideShare, are making waves and folks are creatively using such resources to expand their networks, open new doors of opportunity and generate more exposure or expand their professional platforms. Have you jumped on the bandwagon?  Or, are you behind the times?

In a recent article shared by the SlideShare team in an email, Larua was said to have strategically used SlideShare — a site that allows registered users to upload slideshows or powerpoints for free.

Can you guess what happened? Laura got noticed and eventually landed a job as a PR & Social Media Strategist at Comet Branding.

According to the article, here’s how it went down:

“When Laura found out she and her husband were moving from Charlotte to Milwaukee, she reached out to companies in the area, including Comet Branding who tweeted about a job opening.

Laura set out to get herself hired by launching a #LauraGainorToMilwaukee campaign that mixed in Twitter, FourSquare and SlideShare.
Laura and her husband had already planned a trip to Milwaukee. She made a poster out of the Comet Brand logo and posted pictures of the poster in various venues at Milwaukee with a Foursquare check-in and a tweet. The campaign was fun, spontaneous and creative and showcased Laura’s personality and creativity.

Laura also wanted to showcase her experience as well as creative and strategic talents. So she uploaded a presentation to SlideShare and periodically tweeted links to that presentation.”

Apparently, SlideShare, Twitter and FourSquare gave Laura the opportunity to publicly explain what she did and how she did it. She pulled together photos to create a virtual resume, as well as screenshots of her Foursquare check-ins from Milwaukee.

Wow. Technology is changing the way we do business. And as demonstrated in Laura’s story, it’s also transforming the way we secure jobs in the 21st century.

Gone are the days when sending out a resume, or a high recommendation from a friend or professor, are enough to land a decent paying gig.

Nowadays, you’ve got to get creative by harnessing new technological tools and resources. By creating innovative, original content, such as Laura, and through smart marketing and branding techniques you may catch the attention of a future employer or client.

So stop dawdling. And go get creative!

Check out the video below — “Where Are the Jobs?” — for more advice for job seekers and another creative way to use social media and networking tools to not only seek out new opportunities, but also to expand your network in a fun, creative way.

In the video, from CBSMoneyWatch.com, Harry Smith talks to Lamar Graham, executive editor of Parade Magazine, and Katie Devito, a jobseeker from New Jersey, about where the jobs are in the wake of the great recession. Katie explains how she’s using social networks to overcome multiple setbacks in her job hunt. Lamar talks about why it’s important to be as flexible as possible while tracking down the right position.

Katie and Laura’s story give new meaning to the saying: “If you build it, [they] will come.” So don’t be discouraged. I’ll say it again… Go get creative!