According to Tony Beshara, America’s top recruiter and regular guest on the Dr. Phil Show, it’s better to be aware of these statistics and make efforts to craft a more effective resume, rather than leave everything up to chance.

Today’s job search, indeed, feels more like Mission: Impossible, with high unemployment rates and it seeming as though everyone is vying for the same position.

But let’s put aside that defeatist thought for a second. What if you could stand out from the crowd and land that coveted interview?   What if you were armed with everything you needed to know before diving in to writing or updating your resume?

At the end of the day, your resume must act as the tool — a bridge, let’s say — that piques a prospective employer’s interest. If it doesn’t do that, then you don’t stand a chance. A resume doesn’t GET you the job, but it should get you the interview. 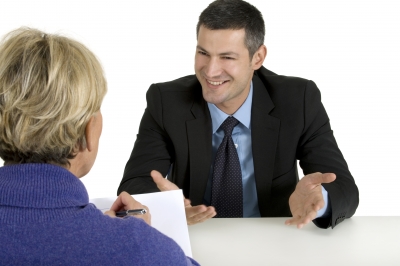 Let’s say, however, that y ou possess the greatest, most relevant experience, be a top-performing graduate, and be ranked the most valuable player in a previous position — and even if you don’t have such credentials — either way, failing to craft the right messages on your resume could cost you a golden opportunity.

That’s where Beshara comes in; he is on a mission to help you write an “unbeatable resume.”

As the owner and president of Babich & Associates and author of a new book, Beshara has seen over 32,000 resumes, and personally placed more than 8,500 people in jobs, he says.

Sure — writing an effective resume on your own can feel daunting, but knowing what a hiring manager is looking for makes the task much easier, adds Beshara.

In UNBEATABLE RESUMES: America’s Top Recruiter Reveals What REALLY Gets You Hired (AMACOM, June 2011), Beshara shows professionals how to use the right language, format, keywords, and targeting strategies to get resumes in the right hands, and ultimately land the job.

He also offers sample resumes of people from various occupations, including students. Trust me — this book is jam-packed with very useful information!

What’s more, Beshara conducted an extensive survey of over 3,000 hiring authorities to find out what they do and don’t want to see on a resume.

For instance, think you need that objective statement or summary of qualifications? Think again! Spending hours and hours trying to perfect your cover letter? Maybe your efforts are misguided, according to Beshara.

He also highlights common mistakes on resumes. For example, he commonly sees professionals make the mistake of assuming the hiring manager knows what a company does. Unless you’ve worked for Google, says Beshara,  it makes sense to provide a brief description of the company and leave nothing up to guessing.

Beshara recently spoke with TheCareerPioneer and offered premium tips about crafting the right kind of resume. People pay thousands of dollars for this kind of advice, but you can listen in for free! Check out our phone interview by clicking here: Unbeatable Resume interview.

Have more questions? Leave them in the comments section below and we’ll see if we can get your questions answered.