I had the honor and privilege of being the first interviewee at the Progressive Women’s Business Network, an online-based community that aims to foster networking opportunities and cultivate resources for ambitious women in business.

I really enjoyed answering the questions for this interview; it gave me a chance to reflect on my early career years. I actually learned a few 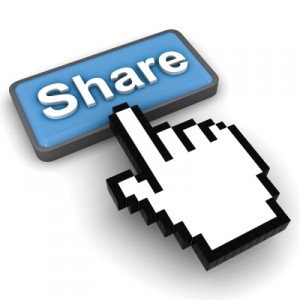 things about myself as I answered the questions. Namely, that I’ve come a long way in the years since attending and graduating from college.

I’d like to share those responses with you, with the hope that you take some time to think about how far you’ve come in the last 5 to 10 years. What have you accomplished that’s notable? How have you changed as an individual and professional? What would you tell your 21-year-old self, knowing what you know today?

I’d like to say thanks to Monique McDowell for crafting such thoughtful interview questions, and thanks to Lacy J-Riley Bird, who founded the Progressive Women’s Business Network earlier this year and grew it to 510 members.

Emily, what made you desire to choose a career in journalism?

I initially pursued a career in acting after graduating from high school. But within a year-long theatrical training program and living in Hollywood, Calif., I quickly realized that acting wasn’t my passion after all and that it wasn’t going to pay the bills in the short run. I decided to resume my academic career at a local community college in L.A. and earned an Associate’s degree in liberal arts two years later.

I transferred to Howard University, where I decided on earning a degree in print and online journalism. I’ve always loved writing.

Even as a young girl, growing up in rural Southwest Georgia, I had dreamed of becoming a published writer and author, and spent most of my free time writing short stories and, what I considered, “children’s books.”
I’m grateful that I’ve had the opportunity to parlay my love for the written word into a successful career in journalism.

What are some key experiences at Howard that let you know you chose the best career path for you?

I had an amazingly caring professor who was passionate about print journalism and who’s also the publisher of The District Chronicles, which was based on Howard’s campus and distributed in the Washington,DC-metro area. He was the first person in my life that aggressively encouraged me to pursue a writing career.

I started writing for The District Chronicles during my first semester at Howard, and things started to take off from there. My first internship was with the Kansas City Star, and it was his relationship with an editor that played an integral part in helping me secure that gig. I later interned at The Times-Picayune in New Orleans, The Wall Street Journal, and Bloomberg News, which turned into a full-time job offer.

I was one of about 15 students who participated in a financial journalism training program at Bloomberg, specifically for Howard University journalism students. That was a once-in-a-lifetime opportunity and it made my college experience more than worthwhile. Plus, it helped level the playing field so that I could compete with other journalism graduates.

Howard University faculty and staff are closely connected to many people who represent some of the best in the industry. As long as you were doing your part, professors were more than willing to help you get your foot in the door, especially if they saw promise. I felt I had a great support system there.

Some people firmly advocate having professional mentors. Did you use this tool & if so, how much of an impact do you believe having a mentor guided your career?

I do believe in the power of professional mentors. Finding the right one may take some trial and error. But once you do, they can serve as a great sounding board and help you develop a vision for your career and provide insight that you otherwise might not have known.

My professor served as a key mentor early on in my career. He taught me the importance of seizing opportunities, getting out of my comfort zone, and career-planning. He also, in a lot of ways, taught me how to believe in myself.
I distinctively remember the day when I visited his office — a cramped space in the basement. I was there because I wanted to transfer out of his class and I wanted to let him know that I didn’t think I could handle the demands of the coursework. He calmly but firmly told me that I could, indeed, tackle the program.

As I sat there listening to him, I began crying because he essentially put a mirror to my defeatist attitude. I couldn’t run away anymore; he surely wasn’t about to let me. He believed in me, and I started to believe in myself. My professor, my mentor, essentially refused to let me give up.

How did you overcome your inner critic & self doubt to accomplish your goals?

Like most people who are in creative careers, I face doubt and self-criticism on a near daily basis. The thing that helps keep me moving is remembering that I am on Earth to offer this talent as a service to God and as a service to fellow mankind. It may sound trite, but it’s the only perspective that safeguards and sustains my progress.

What accomplishments are you the most proud of?

I’m grateful for the fact that I’ve done mostly everything I’ve ever wanted to do and accomplish in life. I’m proud that I’ve been able to pursue a great career as a journalist, but also balance life as a wife and mom without compromising my values.

Tell us about Writehouse LLC & The Career Pioneer?

I started Writehouse in 2008, about four months after giving birth to my daughter. I knew I wanted to become a full-time stay-at-home mom. But I also wanted to maintain a source of income and keep my skills fresh. Writehouse is a boutique writing consultancy, in which I serve as principal copywriter providing various writing services for individuals and small-to-midsize businesses.

I launched my blog, TheCareerPioneer.com, in 2009 because I was frustrated with the daily grind and needed a platform to talk about it. I knew that if I felt that way, then other people likely did too. It morphed into something bigger. Along with personal essays, it also features expert tips on personal and professional development.

How has your faith & belief in God transformed the way you run your business & serve your clients?

My faith definitely fuels my worth ethic. I’m inherently a hard worker, but knowing I’m fulfilling a “higher calling” makes me even more diligent in providing quality results.

There’s a saying in journalism, “Show, don’t tell,” which admonishes writers to tell stories through action phrases and other pertinent details, rather than through adjectives alone. The point is, you lose readers when you bog them down with too much fluff (adjectives) and too little substance (action).

Being a Christian, for me, represents that same same kind of standard. The Bible suggests it best when it says “not [to] love with words or speech but with actions and in truth.” That said, I’d rather prove my commitment to clients or an employer by what I do, rather than by what I say.

If you could change your career what would you choose and why?

The only thing I’d change is my confidence level. Admittedly, I spent too much time comparing myself to other people and second-guessing my talent. I think it crippled me from stepping into my own greatness. That’s not to say that I wasn’t successful. Indeed, I managed to accomplish a whole lot. But when you’re young, you tend to waste time thinking about frivolous matters. I could have put that energy to better use.

How can women in the Progressive Women’s Business Network support you?

I appreciate the gesture. I’ve got a few projects up my sleeve that I’ll be announcing soon (hopefully). You can join me on my blog at www.TheCareerPioneer.com or here on Facebook.

Part of my mission in life is to help other people — formally and informally — pursue their passion and achieve goals that seem impossible. My upcoming projects involve giving these kinds of people — those who feel stuck — the foundational tools to do just that. Stay tuned!