I grew up in rural Southwest Georgia, on a small hog and chicken farm no-less, where I had plenty of time to think about what impact I wanted to have on the world and in my community.

When you’re young, you tend to dream big. There’s no holds barred on what you can do, think or dream up when you haven’t yet tasted the Real World and all its cynicism about life and work. 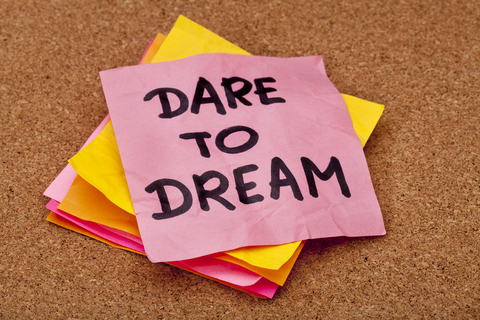 Early on, for example, I had my heart set on becoming a pediatrician.   During a vacation to the Philippines at age 12 with my mom, I thought I’d get a head start and picked up a few medical books while I was there. And I started to learn about various case studies of certain diseases among school-aged children. And all this as a pre-teen!

But like most kids, some of my interests waned and my career dreams evolved the more I learned about the wide range of occupations and the more my perceptions about life were influenced by the media.

As time went on, I went from wanting to be a doctor to pursuing a career in acting. Which, if you know my story, was short-lived after moving to Los Angeles, California and attending a year of acting school at age 19.

But even though I sometimes flip-flopped between career pursuits before landing in journalism, no matter what I wanted to pursue I kept a positive outlook more or less. Plus, I remained confident even when the outlook seemed bleak, and took action as if nothing was going to stop me from achieving my goals.

I’m sure you can look back on your life and see that there were some elements or interests that remained constant, and that serve as the foundation for your career today.

For me, that’s writing; I’ve been writing for as long as I can remember. And I always knew that writing would be a part of my career in some kind of way, but I just didn’t know exactly how until I started studying journalism at Howard University.

For you, that may be something very specific like your childhood days of working underneath the hood of a car with your dad, or baking cakes with your aunt, or visiting the science museum with your elementary school class, or volunteering to help the homeless as a teen.

These events took place for a reason. And, perhaps, shaped you to become the person and professional you are today.

But as I suggested earlier, life comes with its inherent obstacles — some of which are internal and others are external. Roadblocks and discouragement can get in the way of achieving your dreams, or even the ‘dreams within the dreams.’

What about those dreams within the dreams — The things you have always wanted to accomplish in your chosen career, but still haven’t?

Whatever your dream and reasons for not achieving them are, ask yourself whether they are just excuses or valid reasons for your not moving forward. What’s really stopping you?

And why have some dreams fizzled, while others flourished?   Maybe you’re playing it safe. Or, perhaps you lack faith and confidence in yourself. Only you can answer that question.

What if you could achieve anything? What happened to that unstoppable feeling  you had as kid? Where did it go?

Whether your goal is something that took root when you were just a babe or an idea that you recently dreamed of doing, what would your anything be?

And, finally, what’s holding you back?