As I sat and began thinking about my next blog post, so many ideas ran through my head. But then I started to really feel an urge to take you guys back a little bit. Take you back to that little girl who grew up on a farm in rural Southwest Georgia. As I share with you my ongoing journey to success and career fulfillment, I’d be remiss if I didn’t mention the people who’ve incredibly shaped my life into what it is today — my dear mom and dad.

For now, I’ll share about my dad. My parents both have very unique stories, which deserve separate posts. My mom is from the Philippines. My dad grew up in a small Georgia town called Leslie. His father was a farmer and his mother took care of other people’s homes.

If you talk to my dad, he’ll proudly proclaim that he’s a “Country Boy” and he didn’t attend college. He has no qualms about the fact that he never went to college. As a matter of fact, his stance on college is that generally people who are college graduates are just too educated for their own good. As he likes to put it: “I’m so glad I didn’t go to college. Ya’ll ain’t got no common sense!” (For those of you who know my dad well, you also know that that remark might even be laced with a curse word or two. My dad’s not one to mince words.)

To my dad, who many affectionately call ‘Red Brown’ or ‘Bruh,’ common sense trumps academic accolades any day. In essence, it’s not that my dad frowned upon the college-educated. As a matter of fact, all three of his kids, my two older brothers and I, graduated from college and are successful in our own right. He simply found humor in the fact that even the smartest, seemingly intelligent people can make silly mistakes or lack awareness. And he found it equally amusing to make a point of it at any and all opportunity.

Life on the Farm

When I was a child and up until just recently, my dad kept many different animals as pets and livestock. It wasn’t unusual to find several chickens clucking around the yard; dogs chasing after the biddies (what we Southerners use as another name for the baby chicks); cats, which were mainly for me and to keep rats at bay; and fish. Of them all, his most prized possession were his hogs.

Hog farming was my dad’s most treasured pastime (and a way to write off some of his taxable income). At different times, he’d have as many as a couple hundred pigs running around in a makeshift pen. Even though he often sold them for cash once they reached a certain body weight, they were like his babies.

Over the years, as I watched my dad’s dedication to his family, work as a retired U.S. Marine, and to his hogs, I learned several key lessons about what it meant to achieve success and how to define success on your own terms.

Below, I list some of those lessons along with an added bonus of quotes from the man himself — Roosevelt Brown, Sr. AKA The Hog Farmer. 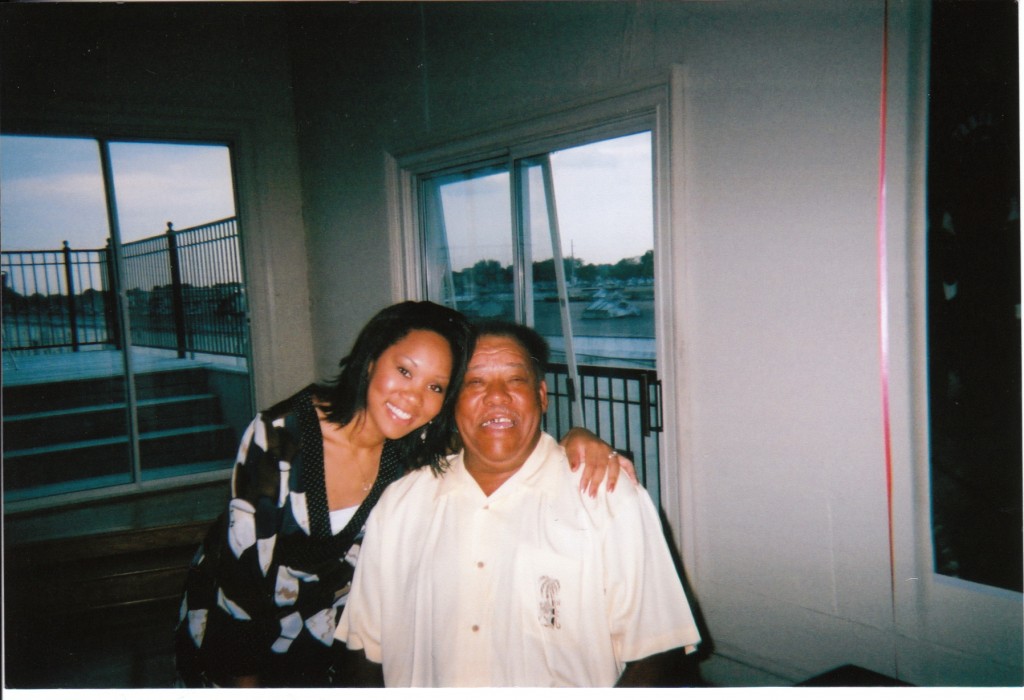 Me and my dad celebrating my brother's birthday. (Recent)

By the way, my dad was harder to pin down for an interview than some of the Fortune 500 CEOs I’ve had to question as a business journalist! At age 72, he’s showing no signs of slowing down any time soon!

Do you know someone who pursued and/or achieved their dreams the unconventional way? Share your story with us by posting your comments below. They could be featured in an upcoming post!