You are here: Home / Archives for resume tips 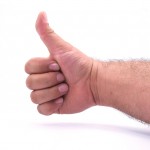 I never considered myself much of a competitive person. As a matter of fact, I tend to be the one who allows others to shine while I work feverishly in the foreground. In addition, I don't often toot my own horn, as some say. I guess it's part of my upbringing or the culture in which I was raised. It could simply be due to insecurity -- questioning whether my efforts are worth public mention. Some may even label it as humility. Perhaps, it's been a combination of several things that have held … END_OF_DOCUMENT_TOKEN_TO_BE_REPLACED