You are here: Home / Archives for engineering 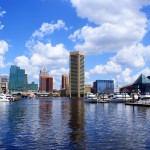 Mid-size Cities May Be Hotter For Jobs than Larger Cities Especially for Tech, Sales and Engineering Irvine, CA (January 4, 2011) CareerBliss, the leading online career community helping people find joy and success at every step in their careers, announces new data revealing the Top Hiring Cities and Jobs for 2011. The information is based on analysis from 2010 which evaluates what cities had the highest number of open job listings per metro area. Based on the information, … END_OF_DOCUMENT_TOKEN_TO_BE_REPLACED

Tips for succeeding in science and engineering industries By: Laura Sanchez For many of us our career is the most important thing in our life. But at the beginning of our life, we don't know which path to choose. First, because we are not sure about our skills. And secondly, because we don't know about the real world just yet. This article gives some pointers on how to have a successful career when you're just starting out. First of all you have to assess your abilities because you need to … END_OF_DOCUMENT_TOKEN_TO_BE_REPLACED

Yesterday, I attended the funeral of Ms. Amanda Lloyd -- my husband's grandmother. As funerals would go, it began and ended with a mostly somber and reflective undertone. Even though she reached 90 years of age, and had suffered from several medical issues in most recent years, it was still difficult to see her be laid to rest and to say "farewell," particularly among immediate family members. We had to travel about three hours to attend the funeral. As the day ended, my husband and I, along … END_OF_DOCUMENT_TOKEN_TO_BE_REPLACED