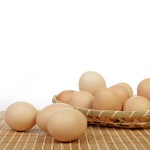 Who still says it’s wrong to put all your eggs in one basket? As kids, most of us were raised to believe that it’s absurd to expense all your energy into one discipline, that multi-tasking is a good thing, and that the more diverse your activities the greater chance you’ll end up becoming successful in at least one.

We’ve all heard the figure of speech, “Jack of all trades, master at none” — often used to reference a person who is considered a generalist, someone who has many skills but who fails at perfecting even one. Anecdotally, we know that those who achieve the greatest success have invested in a single talent and didn’t diverge from their goals by attempting to accomplish — with equal success –  their secondary interests.

Even Oprah began a career focused on television broadcasting. It was only after perfecting her craft, that she eventually moved on to tackle other forms of media– radio, publishing and online. (But it’s important to note that as Oprah’s career grew, her staff did also. So she had the necessary personnel to help easily navigate moves into other types of media.)

The hay-day of the “Renaissance Man” seems to have met its match in today’s anemic job market. No longer are businesses and employers in search of people who have many interests and talents. Those with a more narrow focus, who have a healthy grasp of what they’re capable of doing, and who market only their core competencies, seem to launch their dream career and rise to the top the quickest.

When you compare dividing your energy amongst a range of interests to giving a hundred percent to one discipline, the latter makes much better sense when trying to determine how to use your time more efficiently.   Oftentimes, people who spread themselves thin trying to accomplish too many things at once, find themselves frustrated and, as a result, give up on their dreams too soon.

Maybe you’re the type of person who feels you are multi-skilled and have a variety of interests, and you just don’t know where or what to begin. Take some time to make a list of those interests and skills, then number from 1-10 (with one being the highest ranking) which of those you value the most.

Warning: If you decide to craft a list of top careers, talents, interests and/or motives . . .Don’t Cheat! Be honest in your selection. And check your motives. As an example, let’s say Joe is 35 and has been working what could be his dream job at an accounting firm, but feels he needs to make some changes and boost his career in order to achieve true Career Nirvana. He’s considering changing careers altogether even though he actually enjoys the field of accounting and finds satisfaction helping others manage money.

I realize this might be an extreme example, but you get the picture. Personally, I’d go with option B.) because it’s a realistic jumping off point, and it’s a career anchored with solid, tangible reasons. With that determination, he can now figure out what he needs to do to take his accounting career to the next level, instead of divert from his goals by wasting much-needed energy trying to land his first Hollywood agent.

With all this being said, here’s what I’ll leave you with: The next time someone tells you not to put all your eggs in one basket, you tell them: “But I love this basket!”

Do you have multiple baskets and are having difficulty maintaining each one to optimal standards? Or do you have a single basket that’d be worth millions if sold to the highest bidder? What’s your basket(s) looking like these days?

Commit to narrowing your focus, at least until you’ve perfected your Number one talent. Keep going after your dream. Talk to ya’ll soon!