A lot of people wonder why opportunities don’t come knocking at their door. They feel as if they’ve been dealt an unlucky set of cards or that life’s just unfair.   Some believe that outsiders simply fail to see their worth or talent, and therefore are bypassed opportunities.

While those scenarios could certainly be the case. More often than not we — ourselves — are the reason why chances at success fall short of landing in our path.

If you’ve ever wondered why it seems you never get a fair break, check out the reasons below to determine if you’re ill-prepared for all that life has in store. 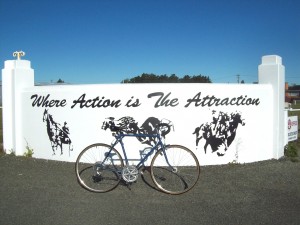 You lack education or technical training.

President Obama in his first year of office, and to this day, has stressed the importance of every American getting a minimum of a high school diploma, but also obtaining a skillset that would help an individual compete in a 21st century workforce.

Whether it’s a 2- or 4-year degree; a technical certificate; or postsecondary training in a specialized field, we all must remain competitive in crisis, even healthy, economy. Even if you’re an actor, you can’t land a decent-wage job based on good looks or charm alone. You’ve got to bring to the table substance, rather than just a pretty face. Getting the necessary training or degree can certainly put you on the road to increased opportunity.

You are poor in health.

Obesity affects more than one-third of Americans, according to ObestiyinAmerica.org. And the prevalence of individuals overweight and obese combined is 68 percent overall — 72 percent among men and 64 percent among women,  the organization says citing recent data.

While the statistics are harrowing, nothing speaks to the consequences of carrying too much fat other than witnessing its affect in your own life. When I was more than 35 pounds overweight several years ago, I lacked confidence and energy. No matter how much someone else told me I looked fine, I couldn’t bear being in my own skin. I suffered from depression and my dreams dwindled.

When you’re not as healthy as you could be and your confidence is shot because of an unhealthy lifestyle, you tend to limit your career aspirations to fit a self-conscious, despairing mindset.

To put it simply, you don’t quite reach for the stars — not only because you lack the mental capacity to do so, but also because you simply aren’t physically fit to meet the demands of opportunity.  There are certainly examples of larger-framed or overweight people who’ve maintained very successful careers, but I bet if you looked a bit closer at their lives you’ll find either healthy habits lie beneath or a person who yearns to one day conquer the scale.

One of my favorite shows is American Idol. As a matter of fact, I auditioned for the show a few years ago. (I won’t go into the details of why I did it. But I’ll say that I did it mainly in order to overcome a fear, and put to rest a desire to one day become a superstar vocalist.)

Back to my point. The one thing that always astonishes me is how many people each year who audition. And of those people, how many actually  believe they are talented  and vocally-gifted enough to become the “NEXT American Idol!”

You know how it goes: an individual struts into the audition room and stands before Simon, Paula and Randy. The contestant proclaims to be the next star, and proceeds to sing their heart out. As a viewer, you automatically hear the flawed rendition of “At Last.” And within seconds, the verdict from the judges is out. You ask yourself — more of an exclamation than it is a question — “What were they thinking?”

While their lackluster singing skills leaves much to be desired, what I have admired is these folks’ strong belief in themselves prior to getting shut down by the judges.

‘  Belief’ is as much part of our success as our educational background, family upbringing, or cash reserve. If you fail to believe that you can accomplish whatever goal it is you’ve set for yourself, then you’re already defeated. Why even try if you have difficulty seeing the possibility ahead?

Keep in mind that these are just a few examples of what may hinder a potentially talented and invigorated professional or aspiring artist from achieving their dreams.   It takes only a moment to take stock of where you are. And a simple decision is all it takes to move forward and take action to remedy some of the personal and professional hangups that may prevent your future success.

How will your tomorrow and year-ahead be different from today? Make the decision to foster a more positive outlook on life, while coupling your belief with concerted efforts to become a better, more genuine you!