The most recent edition of TIME Magazine arrived in the mail the other day. On the cover: A collage of tiny square boxes. In each of them sits an image of a person’s face, or that of several people. Then, embossed over those hundreds of images is the name of a revolutionary social networking site called (you guessed it) Facebook. With nearly 500 million users, the magazine says, Facebook is “connecting us in new (and scary) ways.”

Indeed, sites like Facebook, Myspace and Linked In have transformed the way we connect with one another. They’ve even evolved to play an integral role in how we advance our careers — serving as launching pads for entrepreneurs, career changers and social media experts.   While it might seem that everyone has “logged in” to the social networking matrix, not everyone has.

Unfortunately for some, however, a presence on social networking sites has led to the demise of a career or the reason why a career has never taken off in the first place.    These sites are no longer just for fun. In fact, as you’ll learn later, they’ve become an unsuspected gateway to getting a job.   That’s why it would be prudent to protect your privacy and the overall image you allow outsiders (even friends and family) to see.

While the risk of self-sabotaging your personal brand is certainly an issue for professionals at all levels, for new graduates it is considered one of the top job hunting mistakes, according to Stephen Miles, a CEO coach and vice chairman of the executive search firm Heidrick & Struggles. 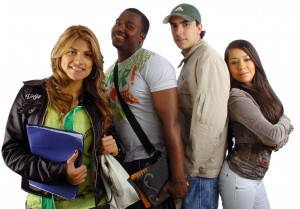 “I call this generation ‘looking for your 15 minutes’ — everyone thinks he or she is going to be a star,” says Miles, coauthor of Your Career Game: How Game Theory Can Help You Achieve Your Professional Goals (Stanford University Press). “But managing your personal brand is about building a strong foundation for your career beyond a 15-minute timeframe, both online and off.”

Miles says recruiters today begin their vetting process by doing extensive web searches on job candidates; this includes a search on all the social media “hot spots,” he adds.

He argues that “a misstep online — whether it’s a compromising photo or an immature status update — can be a career-limiting move for a candidate, before they’ve even stepped onto the game board.”

Tips to Protect Your Brand

Employers are planning to hire over 5 percent more graduates this year than they did in 2009, according to the National Association of Colleges and Employers.

So maybe you’re counted among that 5 percent, and now wondering what you can do today to protect your personal brand over the Internet. Perhaps, you’ve already made some missteps and need to figure out how to restore your image.   Here are some tips to get you on your way.

And certainly don’t make one your profile picture. Stick to this motto: Classy, not trashy. For instance, photos that showcase too much cleavage (whether you’re a guy or girl) may get you more “friends,” but certainly won’t propel you to the boardroom.

I’ve found that most workplaces are laxed in allowing workers to express themselves in any form, even if it’s cursing. That doesn’t make it OK. Many people, while they may not openly admit it, find cursing offensive. So to be on the safe side, just don’t do it — on your Facebook status or once you’re on the job. Avoiding offensive language starting from now forward, is a good first step. Believe it or not, keeping your words more professional reflects a person of self-discipline and is just plain good social etiquette.

If you’re trying to get to know someone on a personal level via Facebook, send them a private message rather than a public one. The latter reeks of desperation and could save you some embarrassment if they eventually disclose to you they’re not even remotely interested.   Better yet, connect with someone the old-fashioned way — call them!

TMIs, or Too Much Information, are bits of info that you could share with others under the right circumstance but as it relates to Internet-sharing among a diverse group of people, is best kept to yourself.

If you just broke up with your boyfriend and now you’re wallowing in regret, the rest of the world doesn’t necessarily need to know that. If you’ve acquired an infectious disease while traveling abroad, you might want to keep that under wraps till it’s cleared. If you despise the company you work for, then definitely don’t air your criticism to your group of 457 “friends.”

The point is that you want to use discretion in whatever you post on your account. Ask yourself whether what you’re about write is offensive to others or could disparage your reputation. Even something that seems light-hearted, could turn off a potential employer. So be wise in what you share.

For some of you, the damage is already done. If so, you may want to try to wipe the slate clean and start over. While your old account might still be accessible to employers, at least a new account will give you an opportunity to lay the groundwork for a more polished professional presence online.

What do you think? Is it important to protect your personal brand on social networking sites? Better yet, how much influence do you think such sites have on your career?

Perhaps, you’d like to share your own advice with The Career Pioneer community. Go ahead and sound off in the comments section below.