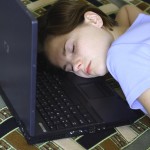 In a recent post, I briefly talked about some of the negative thinking and excuses we make. We allow these thoughts to swim through our heads, breeding fear and insecurity in our hearts and minds and keeping us from pursuing our dreams one hundred percent.

Well, I stumbled upon this video on the internet today. Some of you may have already seen the year-old ad campaign. But even if you have, it serves as a great reminder that nothing is impossible for those of us who believe AND who also spring into action. Click on the video, then please continue reading below.

According to the U.S. Paralympics website, Scott was born with spina bifida, a developmental birth defect. As a result of the condition, some vertebra overlying the spinal cord are not fully formed and remain unfused and open at birth. It is possible to surgically close Spina bifida after birth, but even this course of action can’t restore normal function to the affected part of the spinal cord.

Spina Bifida is the most common permanently disabling birth defect in the U.S., according to the Spina Bifida Association.

Scott was first introduced to the game of wheelchair basketball at the age of 14 and quickly found success in the National Wheelchair Basketball Association’s (NWBA) junior division, where he led his team to one undefeated season and two national championships and was selected as the MVP of the 2003 national tournament, according to the Paralympics website. During his junior year of high school, Scott began playing with the NWBA Division I Michigan Thunderbirds, with whom he played in two national championship games.

Scott attended the University of Wisconsin-Whitewater and played on the Warhawks’ wheelchair basketball team. He helped the team to three national championships (2004, 2005, 2007). Just last year, he starred in this Nike commercial, becoming the first U.S. Paralympic athlete to receive national attention of this scale.

If you were like me, you were first probably REALLY humbled as you watched the video and as it came to an end, revealing Scott’s wheelchair-bound body. And secondly, you more than likely mentally checked off all the things you’ve said to yourself at some point in your life.   My question is: Why do we make excuses for the very things that we ought to do and would probably be extremely good at or perform really well?

I don’t know about you. But I’ve noticed over the years, that I’ve grown more and more cautious. More cautious about all sorts of things: from driving on the freeway, to even stepping outside my front door at times, to saying what’s really on my mind, or asking for a raise, starting a business, meeting new people . . . And the list goes on and on. Can you relate? Is it just a “getting older” thing? Perhaps.

I remember one thing clearly: when at the age of 18, going on 19, venturing off to live and pursue my dreams of becoming an actress in L.A., I remember having no fear. Sure, there were butterflies, excitement, and a bit of anxiousness. But I wasn’t fearful.

I was fully confident that I was going to be the next big thing! That I’d have no problems finding an agent once I graduated from acting school. (But, of course, as I mentioned in my last post, my outlook changed and my desire to become a mega movie star also changed.)

What’s your view of the dreaded ‘f’ word?

When we’re kids, we haven’t yet established a concrete concept of failure (in this case, we’ll define it as the opposite of success). We more so experienced the emotion of disappointment (defined as the feeling of sadness or displeasure by the nonfulfillment of hopes and expectations). Even when we earn less-than-expected results as a kid, we keep pushing through, albeit with a bruised ego.

On the other hand, when we become adults and reality starts to set in, we start to experience failure for what it is. We also take on more responsibilities, leaving us more cautious and hesitant to do something wild or crazy, or that could drastically affect our finances. But we’ll reserve that topic for a potential future post.

For many, failure can impact people’s lives to the point of complete devastation.

For example, if you’ve ever spoken to a homeless person (and I’ve talked to many in downtown DC and in LA) you’ll find that often the events that led up to their demise of living in a cardboard box or homeless shelter involved failure, or what they thought it to be, in some form (i.e. home foreclosure, job loss, an inability to overcome addiction, teenage pregnancy, etc.).

There are certainly many other factors that can contribute to a person becoming homeless. These were just what I found most prevalent among the people that I’ve personally met and had conversations with.

Thankfully, most of us may never end up homeless as a result of experiencing failure. That’s certainly an extreme result. But when failure does knock on our door, our self-esteem takes a hit, along with our sense of self-worth. As a result, a spirit of cautiousness creeps in and makes its bed in our thoughts — the thoughts that determine how we live daily and how we interpret the value of our abilities and God-given talent.

These thoughts and sense of cautiousness are often translated to the outside world as, yep, you guessed it, EXCUSES. We start to drum up all kinds of reasons to why we CAN’T or shouldn’t do something. The truth is that one failure does not automatically equal another. When we find ourselves making more excuses, it’s time to face failure head-on and embrace it for what it truly is.

The problem here is not that we experience failure. It’s that we haven’t learned how to constructively deal with it in our lives. Experiencing poor results or not reaching our goals, doesn’t have to be devastating or detain you from forging ahead to pursue your dreams.

Honestly, it took some time for me to adopt this mindset. If you’ve learned how to do something a particular way and you’ve been conducting yourself in that way for a long time, it’s going to be difficult to change that habit. In order to change our minds about failure, we must start by altering our perception of what that word means.

I personally like how Thomas Edison recasts the idea of ‘failure’ in a quote that I recently shared in the Words to Live By box:”I am not discouraged, because every wrong attempt discarded is another step forward.”

I really like that. Don’t you? Rather than think of failure as obsolete, finite, or the end of all accomplishment, consider it simply as a “wrong attempt.”

In Scott’s case, he didn’t turn a birth defect into an excuse. When he discovered his gift, he overcame his disability to achieve one of the highest honors of any U.S. Paralympic athlete, and in the process became an inspiration to his country, and hopefully to you as well. It’s obvious through his accomplishments, that he didn’t let excuses (or failure) barricade his road to success.

And neither should we.

What excuses do you find yourself making on a consistent basis? Have you let prior let-downs, or even a disability, stop you from following your dreams?

I’ve recently challenged myself to stop saying that I am going to “try” to do something. By eliminating that word from my vocabulary, I’ve become more committed to what I said I’d do. Limiting my responses to a simple ‘Yes, I will do it’ or ‘No, I won’t’ has certainly helped me keep my priorities straight. And when I’m not sure about something, I’ll disclose it, rather than commit to something irrationally.

Commit to doing what you said you will do. Stop making excuses along the way. In the end, you’ll rise above mediocrity and emerge a better, more accomplished individual.  Plus, you’ll become someone who’s admired for keeping your word.

What are your thoughts?