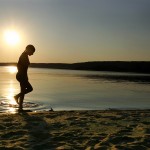 Don’t you just love great quotes? They’re motivational, thought-provoking, and often wise words to store in your brain for those rainy, discouraging days.

I created the title quote myself after scourging the Internet for famous quotes to share with you all today. Do quotes encourage you too? What quotes have inspired you to:

As I started to think about today’s topic on failure, I began to contemplate one of the greatest self-proclaimed failures (of my generation, at least) in the sports industry. Michael Jordan. Jordan is considered one of the highest-performing basketball players to ever represent the game.

Famously known across the globe as the man who could seemingly glide for several minutes through air, approach the rim, and dunk a basketball that all the while had rested in the palm of one hand. His trademark profile began to grace the side of sneakers in 1985, after he earned the nickname “Air Jordan.”

Jordan is quoted as saying:  “I’ve missed more than 9000 shots in my career. I’ve lost almost 300 games. Twenty-six times I’ve been trusted to take the game winning shot and missed. I’ve failed over and over and over again in my life. And that is why I succeed.” You can watch his famous “Failure” commercial here.

How many shots have you taken and missed? How many proverbial games have you played and lost? How many times have you been entrusted with making the winning shot and missed? We probably all have stories of when we set out to accomplish a dream, gave our best” effort, then failed.

Have you flopped miserably lately? Did you shoot and got an “aaaaaaaairrr baaaaaaaaaallll!”? Have you gotten any game-time? Or have you been sitting idly on the bench just waiting to be called to the floor?

There’s one thing for sure: Jordan didn’t wait for opportunities. He created them by becoming the best in his field. Most importantly, when things didn’t pan out the way he had hoped, he didn’t consider it the end of a mediocre career, but counted his failure as a stepping stone to greatness.

I love analogies using sports figures as examples. Life is very similar to a sports game. Don’t you think? We either win or lose, we get it or we don’t, we play or we call it quits.

It may not always be that black and white, but for the most part it is. While it’s true that everyone’s life is unique and we all choose to play different roles. . .  there really are no gray areas when it comes to living a full life.

But, I’m not Jordan

Okay, let’s bring it back to reality. Or should I say the average person’s life. Most of us will probably never reach the height of success that Jordan has. (Partly because he worked in a highly visible, media-driven — not to mention, very lucrative — profession.)

Most of us won’t reach that altitude of success, not because we’re incapable or incompetent, but because we fail to put in the amount of effort needed to get there.

With the effects of the 2008-09 recession looming, many are still in shock — emotionally, mentally, and financially. People have lost homes due to foreclosure and jobs due to cutbacks. A bunch of people are certainly not in a stable, cerebral state to formulate a plan to start living out their dreams. And perhaps, you’re one of them. That’s okay. You’ll get there.

Even if you’re not ready to make the full-fledged jump into dreamland. There is one solution that you can implement today that’ll get you over the hump. So that when opportunities do come a-knockin’, you’re ready to hit the road running.

This solution also serves as a fundamental stepping stone for the rest of us who want to continue to live and achieve our dreams.

Overcome failure by re-purposing what ‘failure’ is in your life.

Whether we believe it or not, failure has its purpose in each of our lives. Many of us just haven’t tapped into that purpose yet.   Most of us consider failure as just that — the lack of success. But with that definition, comes a self-contentment with passivity, instead of activity.

Failure should serve a larger purpose. It should function as a stimulus to further awaken your dreams, rather than act like a taser and temporarily incapacitate it.

How about this quote, by an anonymous person, as a starter thought: “The only real failure in life is the failure to try.”

What are you waiting for? Just try. The worst that can happen is that nothing happens. (Another one of my quotes as mentioned at the end of the About sidebar.)

Start thinking of ways in which you can start living your dreams today. Maybe you could start by drafting a 1-5 year plan; or discuss it with someone who can provide some positive, constructive feedback on your dream’s feasibility; or start volunteering your services to gain greater confidence for when the time comes to strike out on your own.

Below, read the famous quotes (from once, very ordinary men and women) for more inspiration:

“When you get into a tight place and everything goes against you, till it seems as though you could not hang on a minute longer, never give up then, for that is just the place and time that the tide will turn.” – Harriet Beecher Stowe, was an American abolitionist and author.

“A man’s doubts and fears are his worst enemies.”
– William Wrigley Jr., a U.S. chewing gum industrialist. He founded the Wm. Wrigley Jr. Company in 1891.

Do the one thing you think you cannot do. Fail at it. Try again. Do better the second time. The only people who never tumble are those who never mount the high wire. This is your moment. Own it. – Oprah Winfrey, U.S. media mogul and television personality/talk show host.

“In some attempts, it is glorious even to fail.” Longinus, is the name given in medieval and some modern Christian traditions to the Roman soldier who pierced Jesus in his side while he was on the Cross. Longinus’ legend grew over the years to the point that he was said to have converted to Christianity after the Crucifixion.

“Failure is the opportunity to begin again more intelligently.” Henry Ford, was the American founder of the Ford Motor Company and father of modern assembly lines used in mass production.

“Many of life’s failures are men who did not realize how close they were to success when they gave up.” Anonymous

“When you are down on your back, if you can look up, you can get up.” Les Brown, a leading public motivational speaker.

“In order to succeed, you must first be willing to fail.” Anonymous

“When one door closes another door opens; but we often look so long and so regretfully upon the closed door, that we do not see the ones which open for us.” Alexander Graham Bell, was an eminent scientist, inventor, engineer and innovator who is credited with inventing the first practical telephone.

“Don’t fear failure so much that you refuse to try new things. The saddest summary of a life contains three descriptions: could have, might have, and should have.” Louis E. Boone, a U.S. academic author covering the topics of business and economics.

Take 5-10 minutes and create your own success or failure quote. Share them with us here. May the best wordsmith win!